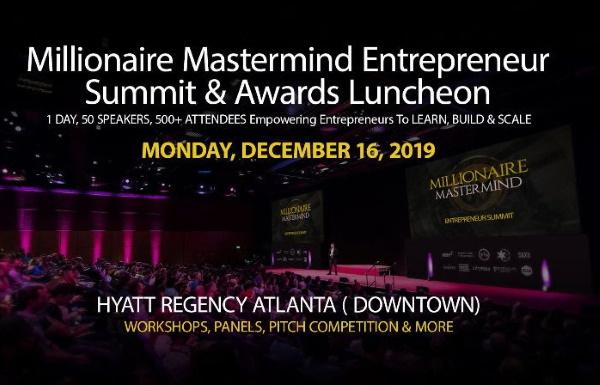 Summit to bring together more than 500 business owners and aspiring entrepreneurs with focus on business growth and access to capital.

Atlanta – With a goal to “learn, build and scale,” the Millionaire Mastermind Academy Awards Luncheon and Entrepreneur Summit on Dec. 16 will convene more than 500 business leaders, entrepreneurs and start-ups with a focus on business growth. Featuring more than 500 small business owners and affluent leaders, the Millionaire Mastermind Summit includes workshops on expanding, access to capital, community engagement efforts, contracting opportunities with the U.S. government and support from the U.S. Small Business Administration for startups, as well as a start-up lab for students and emerging entrepreneurs from Historically Black Colleges and Universities.
Recognizing that only 2.2 percent of venture capital funding went to women in 2018, according to the PitchBook, and that less than 0.1 percent of funding has been allocated to black women over the past decade, the summit features an Entrepreneur Pitch Contest, similar to the well-known “Shark Tank” TV show.

Applications will be open October 21, 2019, for women-owned start-ups interested in delivering a 15-minute presentation to investors during the conference; the top five finalists will be invited to pitch their business live for a chance to win seed funding of $10,000 or more.

Read more »
Posted by Dadpreneur Productions at 8:28 PM No comments: 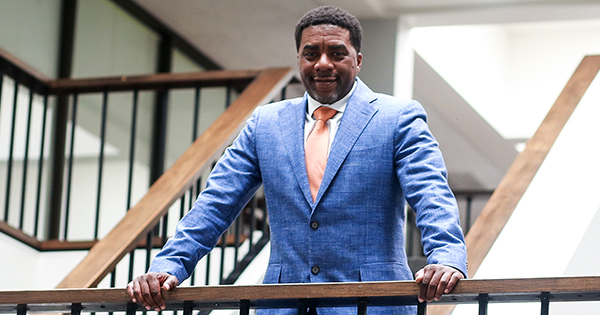 Nationwide -- Devin Robinson, affectionately known as Professor Devin, due to his longtime experience as a current professor of two institutes he started and as a former Oglethorpe University economics professor, launched Urban Business Lending Group earlier this year to immediate success. Since opening its doors in January 2019, Urban Business Lending Group has disbursed almost $2M in seed funding for new entrepreneurs, primarily from black communities.

When asked what his motivation for getting into the finance business he said, "I've been training and incubating brick and mortar businesses since 2009, but many of those entrepreneurs I helped all had a universal challenge. They had difficulty acquiring start-up or working capital funding. I felt this move would help close that gap as I aim to become the one-stop resource for entrepreneurs."

Read more »
Posted by Dadpreneur Productions at 7:31 PM No comments: