An Q&A with Eric Hamilton, owner and founder of the Revolutionary TinyStic.

By Kamau Austin with Eric Hamilton

Question: What is the name of your business & and explain what do you do? 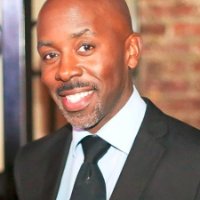 Answer: TinyStic (pronounced "Tiny Stick") is a portable HDMI device that uses wireless Miracast and Airplay technology to turn your smart device into a computer/entertainment center. Basically, it allows you to display your smartphone/tablet to your TV for watching movies, playing gaming or for productivity such as using managing spreadsheets. Smartphones are great for checking email and running social media apps. But what about computing tasks that require a larger screen, keyboard and mouse?

Today’s smartphones are 10X more powerful than the computers that we used to surf the web in 1999. Imagine you are in your office working on spreadsheets and other tasks on your laptop computer. At the end of the day, you would carry this heavy and expensive laptop home and continue working at home. The TinyStic leverages the power that is already available on your smartphone and virtually eliminates the need for multiple computers. It's very different from Chromecast or Amazon Fire Stick as you cannot play games and manage a spreadsheet on those devices.

Question: can you tell us a bit about your background, like where you grew up and went to school?

Eric Hamilton's Answer: I was born and raised in Detroit, MI. My parents were/are successful Amway distributors and during the 1980s had one of the largest predominantly African American Amway organizations in the world. Technology has been a lifelong passion since Christmas of 1982 (age 13) when I received my first computer, a Commodore 64.

Before 1982, for fun I had hobbies like reading children's novels and playing chess. After 1982, my main hobby was programming my Commodore 64 computer.


Question: Can you tell us about how you became so intrigued with technology?

Eric Hamilton’s Answer: My fascination with computers came from wanting to know how 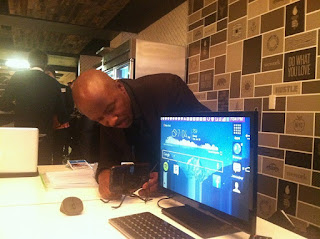 video games were created. At age 13 I wanted to have a career as game developer.

After receiving a BS in Computer Science from Michigan State University and working for companies like Netscape and Yahoo!, in 2009 I founded The Web Academy which is non profit organization that teaches web design and web analytics for free. Since it's inception, The Web Academy has had over 4000 enrollments.

In addition, I lecture twice per year on web analytics at Columbia University's MS Marketing program. In 2013, I received the Excellence in Technology award from NANBPWC at the United Nations for my charitable work in technology.

Question: Who were some of your role models or people that inspired or influenced you to go into technology businesses?

Eric Hamilton's Answer: Mark Cuban is a technology billionaire, owner of the Dallas Mavericks and stars on the ABC TV Series "Shark Tank". I like his aggressive style and passion about technology.

Question: What are some of the best ways someone interested in a technological career can pursue one?

Answer: Keep reading and stayed informed. I spend about 3-5 hours per day reading about technology trends and keeping my tech skills tight. I recently enrolled in a FREE online course at Stanford University on SQL (Structured Query Language) as a refresher as my last SQL was in college in the early 1990s. SQL databases are the backbone of many websites and mobile apps. My email inbox is filled with Google Alerts on all sorts of topics like "Miracast Technology" and "Internet of Things". 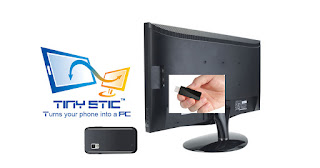 Question: What inspired you decide to create your Tinystic product?

Answer: In 2013, I wanted to buy a device that converted my smartphone into an entertainment center and I couldn't find one. A friend suggested that I build it myself. After about 6 months of searching, I found a manufacturer who could help and the rest is history.

Question: What makes your Tinystic product so unique and and cutting edge?

Eric Hamilton's Answer: It's the only device on the market that easily converts your smartphone into an entertainment center and it works for the Apple and Android devices.

Question: How did you (or how are you) working to overcome the challenges in your technology business?

Eric Hamilton's Answer: Every challenge is different and requires unique skills to overcome. One has to educate themselves by on calling friends, Google searches and posting to social media. I had a situation where my TinyStic devices were being held in U.S. customs on various regulatory issues. I asked my friends on social media for advice and a college friend who does large scale import/export operations for a major retailer gave me advice that worked.

Question: What are some of your best suggestions for a person who is looking to develop and finance a technology project like your own? 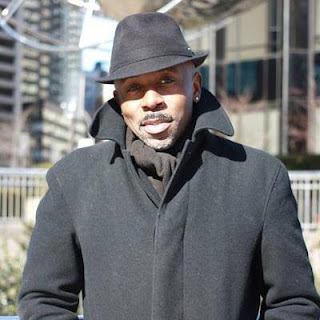 1) Don't spend money. Find creative ways to get what you need.

Question: Can you tell us some of the ways you were able to achieve running a successful crowd funding campaign for Tinystic?

Eric Hamilton's Answer: There are so many thing to consider for running a successful crowdfunding campaign. The most important thing to start marketing and collecting emails 6 months before you launch.

Question: Can you tell us some of the most effective ways to use TinyStic for home or business?

Eric Hamilton's Answer: The TinyStic plugs into the HDMI port of your TV. Your smartphone must be Miracast Wifi-Connect certified. Most modern smartphones are certified.

Next, simply load our software on your smartphone. Your smartphone is then converted into a “Windows-like” PC desktop with all of your apps available. Connect a wireless bluetooth keyboard and mouse and you have a complete PC experience right from your smartphone. The TinyStic works with tablets also.

Question: What are some of the most recent business developments for you and your company?

Eric Hamilton's Answer: We are currently in talks with HSN (Home Shopping Network) and a Sprint Dealer Network on a distribution deal for TinyStic. I am working on 2 new developments.

The 1st is a game controller for mobile devices. The 2nd is a children's wrist watch with a GPS tracker. The watch will allow parents of small children age 1-5, to track their children's movement via a mobile app at all times.

Question: What are the best ways to reach you for more information and to obtain your products? 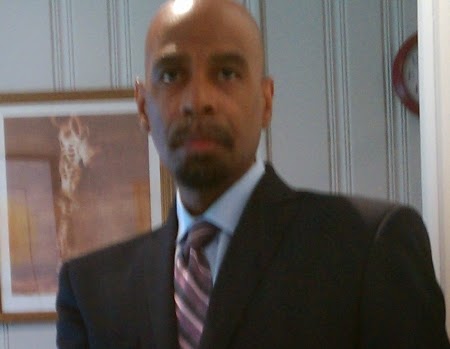 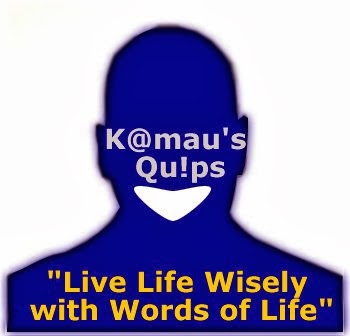 Kamau's Qu!ps reaches over 30,000 web users a month through it's Blog and Social Media Promotions. For Advertising Opportunities visit our Advertising Page
Posted by Dadpreneur Productions at 12:34 PM